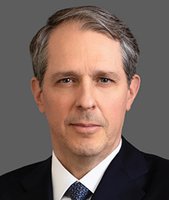 Mr. Généreux is Senior Partner Emeritus of McKinsey & Company, a global management consulting firm. During his 28 years with the firm, he focused on serving leading global companies in the Financial Services, Energy and Resources sectors. He has held various leadership positions including Global Sector Leadership in energy, Office Leadership in Montréal, Global Personnel Committees for partner election and evaluation, and Global Recruiting for Advanced University Degrees candidates. Mr. Généreux helped launch McKinsey’s office in Montréal in 1991 and was also posted in its Paris, Toronto and Stockholm offices.

He serves as the Vice-Chair of the Board of Governors at McGill University and is a Board member of the Jeanne Sauvé Foundation, the Loran Scholars Foundation and the Rhodes Scholarships in Canada. He has received the Queen Elizabeth II Golden Jubilee Medal for outstanding and exemplary contributions to his community.

Mr. Généreux graduated from McGill University and Oxford University, where he studied as a Rhodes Scholar.