Investors
Companies News About
Governance Other
Follow us on

The Corporation believes in the importance of good corporate governance and the central role played by directors in the governance process.

Power Corporation’s Board of Directors is composed of seasoned professionals who bring their diverse experience to the table. This balance of skills and competencies results in the prudent, conservative oversight that has enabled the Corporation to deliver attractive long-term shareholder returns. 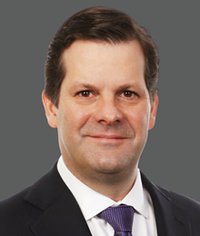 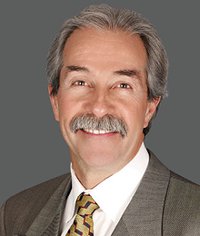 Mr. Coutu is a company director. From 2001 to January 1, 2014, he was President and Chief Executive Officer of Canadian Oil Sands Limited and Chairman of Syncrude Canada Ltd. Mr. Coutu was previously Senior Vice-President and Chief Financial Officer of Gulf Canada Resources Limited. He has more than 30 years of experience in the energy sector, primarily focused in the areas of corporate finance, investment banking, mining, and oil and gas exploration and development.

Mr. Coutu is a director of Great-West Lifeco, Canada Life, Empower Retirement, Putnam Investments, IGM Financial, IG Wealth Management and Mackenzie. He is also a director of Brookfield Asset Management Inc., Enbridge Inc., and of the Calgary Exhibition and Stampede Board. 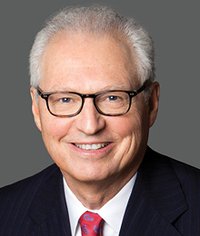 He also serves as Deputy Chairman of Power Financial and is a director of many Power Corporation group companies, including Great-West Lifeco, Canada Life, Empower Retirement, Putnam Investments, IGM Financial, IG Wealth Management, Mackenzie and Power Sustainable Capital. He was a director and Vice-Chairman of Pargesa in Europe until November 2020, when Pargesa’s reorganization was completed.

Over the years, cultural, health, and other not-for-profit organizations have benefitted from his commitment, involvement, and dedication. He has played key roles in a number of fundraising campaigns, including those of the Montreal Museum of Fine Arts, the Montreal Heart Institute, the Montreal General Hospital, Leucan, the Canadian Red Cross, the Canadian Cancer Society, Centraide of Greater Montreal and the Jean Paul Riopelle Foundation. He is Chairman of the Fondation Baxter & Alma Ricard, a member of the Chairman’s International Advisory Council of the Americas Society, Honorary Chairman of the Canada China Business Council, and a member of the Trilateral Commission and several China-based organizations. 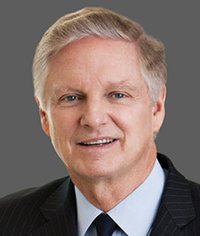 After Power Financial and the Frère Group of Belgium took control of Pargesa in 1990, Mr. Desmarais moved to Europe from 1991 to 1994, to develop the partnership with the Frère Group and to restructure the Pargesa group. From 1982 to 1990, he was a member of the Management Committee of Pargesa, in 1991, Executive Vice-Chairman and then Executive Chairman of the Committee, and, from 2003 to 2019, he was Co-Chief Executive Officer. Mr. Desmarais was a director of Pargesa from 1992 until November 2020, when Pargesa’s reorganization was completed. He also served as Chairman of the Board from 2013 to 2020.

He also serves as Chairman of Power Financial and is a director of many Power Corporation group companies in North America, including Great-West Lifeco, Canada Life, Empower Retirement, Putnam Investments, IGM Financial, IG Wealth Management and Mackenzie. In Europe, he is Chairman of the Board of Groupe Bruxelles Lambert and a director of SGS. He was a director of LafargeHolcim until 2020 and of Total until 2017.

He obtained a Bachelor of Commerce degree from McGill University and an MBA from the European Institute of Business Administration (INSEAD), France. 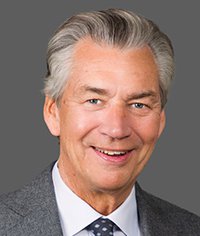 Mr. Doer is Senior Business Advisor to the law firm Dentons Canada LLP since August 2016. Previously, he served as Canada’s Ambassador to the United States from October 2009 to January 2016. He served as the 20th Premier of Manitoba from 1999 until 2009. He was elected a member of the Legislative Assembly of Manitoba in 1986 and during his tenure also served as Minister of Urban Affairs and as Minister of Crown Investments. From 1979 to 1986, Mr. Doer was the President of the Manitoba Government Employees’ Association.

He serves as volunteer Co-Chair of the Wilson Centre’s Canada Institute, a non-partisan public policy forum focused on Canada-United States relations. In 2010, Mr. Doer became a Member of the Order of Manitoba and, in 2011, he received a distinguished diplomatic service award from the World Affairs Council. 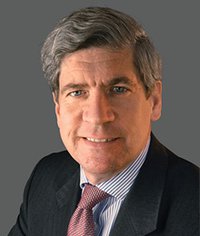 Mr. Graham is Chairman and Chief Executive Officer of Sumarria Inc., an investment management company, since 1984. He was Vice-Chairman of Wittington Investments, Limited, an investment management company and the principal holding company of the Weston-Loblaw Group from May 2014 to May 2019. From 2000 to 2014, he was President of Wittington Investments. Prior to joining Wittington, he held senior positions in Canada and the U.K. with National Bank Financial Inc. (formerly Lévesque Beaubien Geoffrion Inc.), a Montréal-based investment dealer.

Mr. Graham serves as Chairman and a director of Choice Properties Real Estate Investment Trust. He also serves on the boards of Graymont Limited and Grupo Calidra, S.A. de C.V. He formerly served on the Boards of Power Financial from 2001 to February 2020, of George Weston Limited from November 1996 to May 2016, of Loblaw Companies Limited from February 1999 to July 2015, and of President’s Choice Bank, of which he served as Chairman from 1999 until May 2015.

Mr. Graham is Chairman of the Ontario Arts Foundation, the Duke of Edinburgh Award Canada (Charter for Business) and the Shaw Festival Theatre Endowment Foundation. He is also currently a Board Member of the Art Gallery of Ontario, the Canadian Institute for Advanced Research and Luminato.

Mr. Graham is Honorary Colonel of the Royal Regiment of Canada. In 1998, he was awarded the Government of Ontario Volunteer Service Award. In June 2007, he received an Honorary Doctor of Laws degree from Brock University. 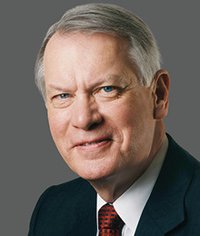 Mr. Jackson is a director of Great-West Lifeco and Canada Life. He served on the Boards of Power Financial from 2013 to 2020 and of IG Wealth Management from 1991 to 2001. He also served as a director of a number of public and private corporations. He is recognized as a leading practitioner in the areas of mergers and acquisitions, corporate finance and corporate governance by numerous independent assessment organizations.

He holds a Bachelor of Commerce degree from the University of Windsor and a Bachelor of Laws (LL.B.) from Osgoode Hall Law School.

Paula B. Madoff
Director since 2020 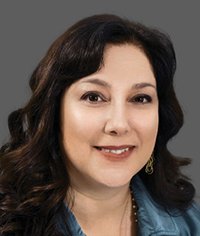 Ms. Madoff is a company director. She currently serves as an advisor to Goldman Sachs. She has spent 25 years at Goldman Sachs, where she most recently was a Partner leading Interest Rate Products and Mortgages until her retirement from that role in 2017. Ms. Madoff also held several additional leadership positions at Goldman Sachs including Co-Chair of the Retirement Committee overseeing 401k and pension plan assets, Chief Executive Officer of Goldman Sachs Mitsui Marine Derivatives Products, L.P., and was a member of its Securities Division Operating Committee, Firmwide New Activity Committee, and Goldman Sachs Bank USA Client and Business Standards Committee. She has 30 years of experience in capital markets, risk management and investing activities.

Ms. Madoff is a director of several Power Group companies in North America, including Great-West Lifeco, Canada Life, Empower Retirement and Putnam Investments. She also serves as a director of KKR Real Estate Finance Trust Inc., Tradeweb Markets Inc. and ICE Benchmark Administration, where she is Chair of the ICE LIBOR Oversight Committee. 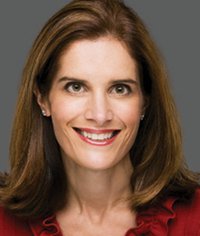 Between 1998 and 2004, Ms. Marcoux held successive roles as Director, Legal Affairs and Assistant Corporate Secretary, and Director, Mergers and Acquisitions. Before joining Transcontinental Inc., she was a lawyer at McCarthy Tétrault LLP.

Actively engaged in the community and in non-profit organizations, Isabelle Marcoux co-chairs the 2019-2026 Montréal Children's Hospital fundraising campaign. She also co-chaired the Centraide of Greater Montreal 2016 campaign and is Chair of the Major Donors’ Circle since 2018. She has also been involved in several fundraising campaigns, notably for the Montreal Museum of Fine Arts, the Montreal Heart Institute, the Tel-Jeunes Foundation, the Young Musicians of the World Foundation and the Foundation Montréal inc.

In 2016, Ms. Marcoux was awarded the medal of the National Assembly of Québec and, in 2017, she became the first Canadian to win the Visionary Award for Strategic Leadership from the global organization Women Corporate Directors Foundation. Also in 2017, she was inducted into the Women's Executive Network (WXN) Hall of Fame, after being named one of Canada’s 100 most powerful women in 2010, 2012 and 2016. 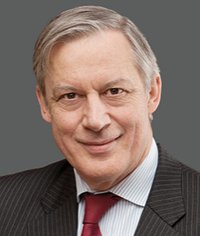 Mr. Noyer is a company director. From 2003 to 2015, he served as the Governor of the Banque de France, France’s central bank which is linked to the European Central Bank. He was Vice-President of the European Central Bank in Frankfurt from 1998 to 2002. He was appointed to the Treasury in the Ministry of the Economy and Finance in 1976 and served in a number of roles including Director at the Ministry for Economic Affairs, Finance and Industry.

Mr. Noyer has also served as a member of the boards of a number of partially state-owned companies as a representative of the French Government, including Suez, Société Générale, Le Crédit Lyonnais, Le Groupe des Assurances Nationales, Dassault Aviation, Pechiney, Air France and Électricité de France.

Mr. Noyer is Honorary Governor of the Banque de France and has been awarded the honours of Commandeur de la Légion d’Honneur and Commandeur des Arts et des Lettres in France, Commander of the National Order of the Lion in Senegal, Great Cross of the Ordén del Merito Civil in Spain, Officier de l’Ordre National de la Valeur in Cameroon and Gold and Silver Star of the Order of the Rising Sun in Japan. 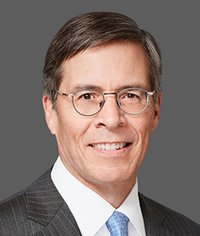 Mr. Orr is active in various community and business organizations. He holds a Bachelor of Arts — Honours Business Administration (HBA) degree from the Richard Ivey School of Business in London, Ontario. 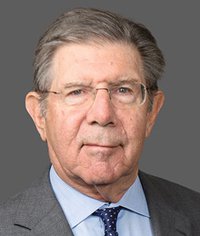 Mr. Ryan is a company director. He was Managing Director, Global Head of Regulatory Strategy and Policy of JPMorgan Chase & Co., a global financial services firm, until 2014. From 2008 to 2013, he was President and Chief Executive Officer of the Securities Industry and Financial Markets Association (SIFMA), a trade association representing 680 global financial market participants. Prior to joining SIFMA, he was Vice-Chairman, Financial Institutions and Governments, at J.P. Morgan, where he was a member of the firm’s senior leadership. Prior to joining J.P. Morgan in 1993, Mr. Ryan was the Director of the Office of Thrift Supervision, U.S. Department of the Treasury.

Mr. Ryan is a graduate of Villanova University and the American University Law School. He served as an officer in the U.S. Army from 1967 to 1970. 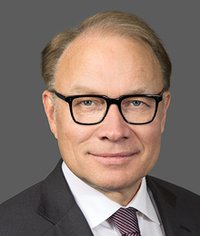 Mr. Vanaselja is a company director. He served as the Executive Vice-President and Chief Financial Officer of BCE Inc. and Bell Canada, from 2001 to 2015. Prior to joining BCE Inc., he was a Partner with KPMG Canada in Toronto.

Mr. Vanaselja is a director of several Power Group companies in North America, including Power Financial, Great-West Lifeco and Canada Life. He is also a director and Chair of the Board of TC Energy Corporation and a trustee of RioCan Real Estate Investment Trust. He previously served as a director and Chair of the Audit Committee of Maple Leaf Sports & Entertainment Ltd. He also previously served on the Finance Minister’s Federal Advisory Committee on Financing, on Moody’s Council of Chief Financial Officers, on the Corporate Executive Board’s Working Council for Chief Financial Officers and on the Conference Board of Canada’s National Council of Financial Executives.

Mr. Vanaselja has been an active fundraiser for a number of community organizations including St. Mary’s Hospital Foundation, Big Brothers and Big Sisters of Toronto, Heart and Stroke Foundation of Quebec, Royal Victoria Hospital and the Annual Walk for Kids Help Phone.

Mr. Vanaselja is a Fellow of the Chartered Professional Accountants of Ontario and holds an Honours Bachelor of Business Administration degree from the Schulich School of Business.