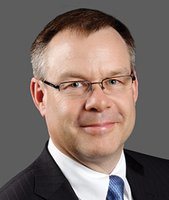 Mr. Piché has been Vice-President at Power Corporation since 2017. He has been focusing on trends likely to impact the strategies of the Power group companies and their regulatory and public policy environment, notably in Canada, since 2010. He coordinates strategic research and dissemination activities.

Previously, Mr. Piché was Vice-President, Investment Strategies, in the Private Equity group of Caisse de dépôt et placement du Québec, where he was responsible for recommending strategies related to the active management of the group’s investment portfolios. Before that, Mr. Piché was a Vice-President of SNC-Lavalin Capital, a wholly-owned subsidiary of SNC-Lavalin inc., a major Canadian engineering-construction company. He began his career in finance and investment in Germany, where he worked for Bayerische Vereinsbank AG, now UniCredit Bank AG.

He is a member of the boards of CIRANO, Finance Montréal and FP Canada.

Mr. Piché holds a Bachelor of Applied Sciences in Engineering Physics from Université Laval (Quebec City) and a Master of Arts in Philosophy, Politics and Economics from Oxford University, where he was a Rhodes Scholar.

Mr. Piché is actively involved in the community.