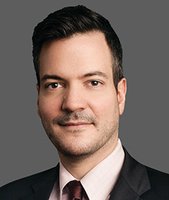 Mr. Vigna has been Vice-President of Power Corporation since 2016. He currently serves as the Managing Partner and Chief Investment Officer of Sagard Holdings. He is a Director of Peak Achievement Athletics.

Mr. Vigna is an active supporter of the United Way in Toronto and is involved each year in a number of philanthropic activities in the community.