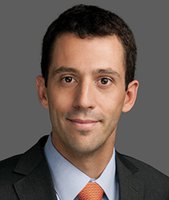 Mr. Bellens has been Vice-President of Power Corporation since 2016. Prior to joining the Corporation, he was Chief Financial Officer and Vice-President of Finance at La Presse. He was involved in the transition of La Presse from a primarily print operation to a digital company, in selling non-core assets, and in creating a new company to manage and license La Presse’s tablet business.

During his career, Mr. Bellens has also held various positions at Square Victoria Communications Group, as well as at Mitel Networks and at Alcatel-Lucent, both in Europe and in Canada. Mr. Bellens holds a Bachelor degree in Electrical Engineering as well as a Master in Telecommunication Engineering, both from the Université Catholique de Louvain in Belgium.

He is involved each year in a number of philanthropic activities in the community.