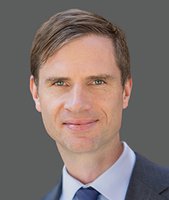 Mr. Robinson joined Power after an 18 year career at Goldman Sachs, during which he lived and worked in the United States, Asia, Australia and Europe. He served in a variety of positions at Goldman Sachs, including Chief Administrative Officer and Head of strategy for the global Investment Banking Division, Chief Operating Officer of the firm’s emerging markets businesses, Asia Chief of Staff and Chief of Staff to the firm’s President.

Mr. Robinson holds a M.A. with double first class honours and a M.Phil., both from Christ Church, Oxford University.

Mr. Robinson serves on the Development Board of Christ Church.