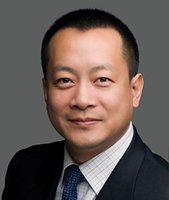 Mr. Liu has been Vice-President of Power Corporation since 2011. He oversees Power Corporation’s business development in Asia, where the company currently has a number of investments. Mr. Liu joined Power Corporation in 1995 and has since held various positions, most recently as Financial Analyst and Director of Asian Affairs. Prior to joining Power Corporation, Mr. Liu worked with China CITIC Group in Beijing.

Mr. Liu obtained a Bachelor of Arts degree in Nanjing, China, earned an MBA from McGill University, and is a CFA charter holder.