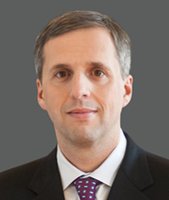 Mr. Lemay has been Vice-President, General Counsel, and Secretary of Power Corporation and Power Financial since 2012. Mr. Lemay joined Power Corporation as Vice-President, Assistant General Counsel, and Associate Secretary in 2005 and assumed the same position at Power Financial in 2009. He is also responsible for corporate social responsibility initiatives at both companies, in addition to being the media spokesperson.

Mr. Lemay began his career with the law firm Byers Casgrain, now Dentons, where he worked in commercial litigation for five years. He subsequently held the position of Policy Advisor, Economic Development, in the Office of the Prime Minister of Canada from 1997 to 1999. Mr. Lemay then returned to the private sector in Montréal, serving in a number of executive positions in legal, regulatory and public affairs with companies within the Telesystem Group. He then joined Gildan Activewear Inc., a leading sportswear manufacturer, where he was Vice-President of Public and Legal Affairs and Secretary until 2005.

Mr. Lemay is active in a number of not-for-profit organizations and community initiatives.