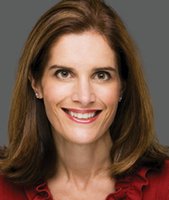 Ms. Marcoux is Chair of the Board of Transcontinental Inc. since 2012, a leader in flexible packaging in North America and Canada’s largest printer and a leader in school textbook publishing. Previously, she was Vice Chair of the Board from 2007 to 2012 and Vice-President, Corporate Development from 2004 to 2012.

Between 1998 and 2004, she held the successive roles of Director, Legal Affairs and Assistant Corporate Secretary, and Director, Mergers and Acquisitions. Before joining Transcontinental Inc., she was a lawyer at McCarthy Tétrault LLP.

In 2016, Ms. Marcoux was awarded the Medal of the National Assembly of Québec and, in 2017, she became the first Canadian to win the Visionary Award for Strategic Leadership from the global organization Women Corporate Directors Foundation. Also in 2017, she was inducted into the Women's Executive Network (WXN) Hall of Fame, after being named one of Canada’s 100 most powerful women by the organization in 2010, 2012 and 2016. In 2019, she was appointed Member of the Order of Canada.