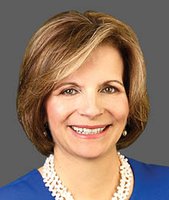 Ms. Wilson is Vice-Chair of the Chartered Professional Accountants of Canada, a position she has held since October 2021. She is the former Chief Executive Officer of Dentons Canada LLP and was a member of the global leadership team, serving on the Global Board and Global Management Committee from July 2017 to January 2022. Prior to this, Ms. Wilson held several positions at KPMG in the Greater Toronto Area, including audit partner and Managing Partner, and also served as a member of KPMG’s Management Committee in various leadership positions.

In addition, since 2018 Ms. Wilson serves on the boards of directors of IGM Financial Inc., IG Wealth Management and Mackenzie Inc. She is currently a trustee and Audit Committee Chair at The Hospital for Sick Children, as well as a Director of the WoodGreen Foundation and Toronto’s CivicAction. She was previously a Director and Chair of the Toronto Region Board of Trade, Director and Vice-Chair at the National Ballet of Canada, a trustee for the Ontario Science Centre, and Governor and Audit Committee Chair for Trinity College School.