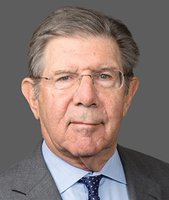 Mr. Ryan is a company director. From 2013 to 2014, he was Managing Director, Global Head of Regulatory Strategy and Policy of JPMorgan Chase & Co., a global financial services firm. From 2008 to 2013, he was President and Chief Executive Officer of the Securities Industry and Financial Markets Association (SIFMA), a trade association representing 680 global financial market participants. Prior to joining SIFMA, he was Vice-Chairman, Financial Institutions and Governments, at J.P. Morgan, where he was a member of the firm’s senior leadership. Prior to joining J.P. Morgan in 1993, Mr. Ryan was the Director of the Office of Thrift Supervision, U.S. Department of the Treasury.

He is a director of many Power group companies in North America, including Power Financial, Great-West Lifeco, Canada Life, Empower and Putnam Investments, having previously served as a director of Power Corporation and Power Financial from 2011 to 2013 and of Great-West Lifeco and some of its subsidiaries from 2010 to 2013. He is Chairman of the Board of Santander Holdings U.S.A., Inc., Santander Bank, N.A. and Banco Santander International. He has served as a director of Markit Group Limited from 2013 to 2014 and of Lloyds Banking Group from 2009 to 2013. He was a private sector member of the Global Markets Advisory Committee for the U.S. National Intelligence Council from 2007 to 2011.

Mr. Ryan is a graduate of Villanova University and the American University Law School. He served as an officer in the U.S. Army from 1967 to 1970.