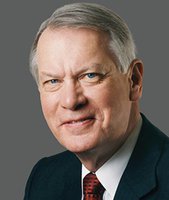 Mr. Jackson retired as a Partner of the law firm Blake, Cassels & Graydon LLP (“Blakes”) in 2012, and currently serves as Senior Counsel to the firm, primarily in the areas of mergers and acquisitions and corporate governance. He was the Chairman of Blakes from 1995 to 2001.

He was recognized throughout his career as a leading practitioner in the areas of mergers and acquisitions, corporate finance and corporate governance by numerous independent assessment organizations.

Mr. Jackson served on the boards of several Power Group companies in North America, including Great-West Lifeco and Canada Life from May 2013 to May 2021, of Power Financial from 2013 to 2020 and of IG Wealth Management from 1991 to 2001. He also served as a director of a number of public and private corporations. He was a Director and the Vice-Chairman of the Board of Sunnybrook Health Sciences Centre until 2011.

He holds a Bachelor of Commerce degree from the University of Windsor and a Bachelor of Laws (LL.B.) from Osgoode Hall Law School. He was called to the Bar of Ontario in 1974.